Opt for these portable binoculars to get a closer look at the scenery than the people around you. It can also be used to view animals in the forest, especially birds. With its high quality zoom and night vision, use it for hunting.

Do you like travel and discovery? This high zoom binoculars could be useful for you. Portable and easy to store, use it when you go hunting at a campsite. With better performance, you can use it even at night because this binoculars offer high definition night vision.

Are you a hunting enthusiast or a lover? Choose this pocket binoculars with high-definition night vision. Easy to carry and store, you can take it anywhere and anytime.

This monocular telescope can be used on its own or connected to your phone for observing wildlife such as birds, activities such as concerts and travel; outdoor exploration such as hiking and hunting. This Monocular Telescope - HD 30x25 is waterproof and water resistant. 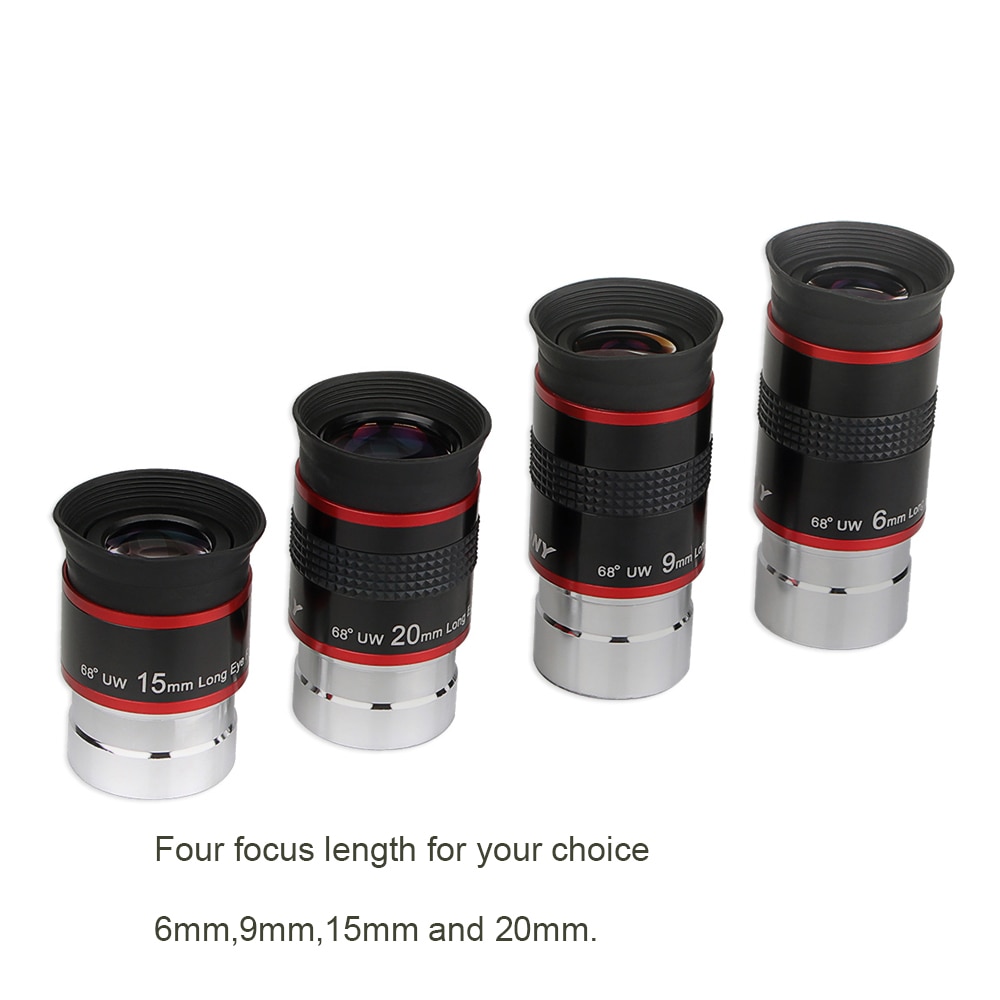 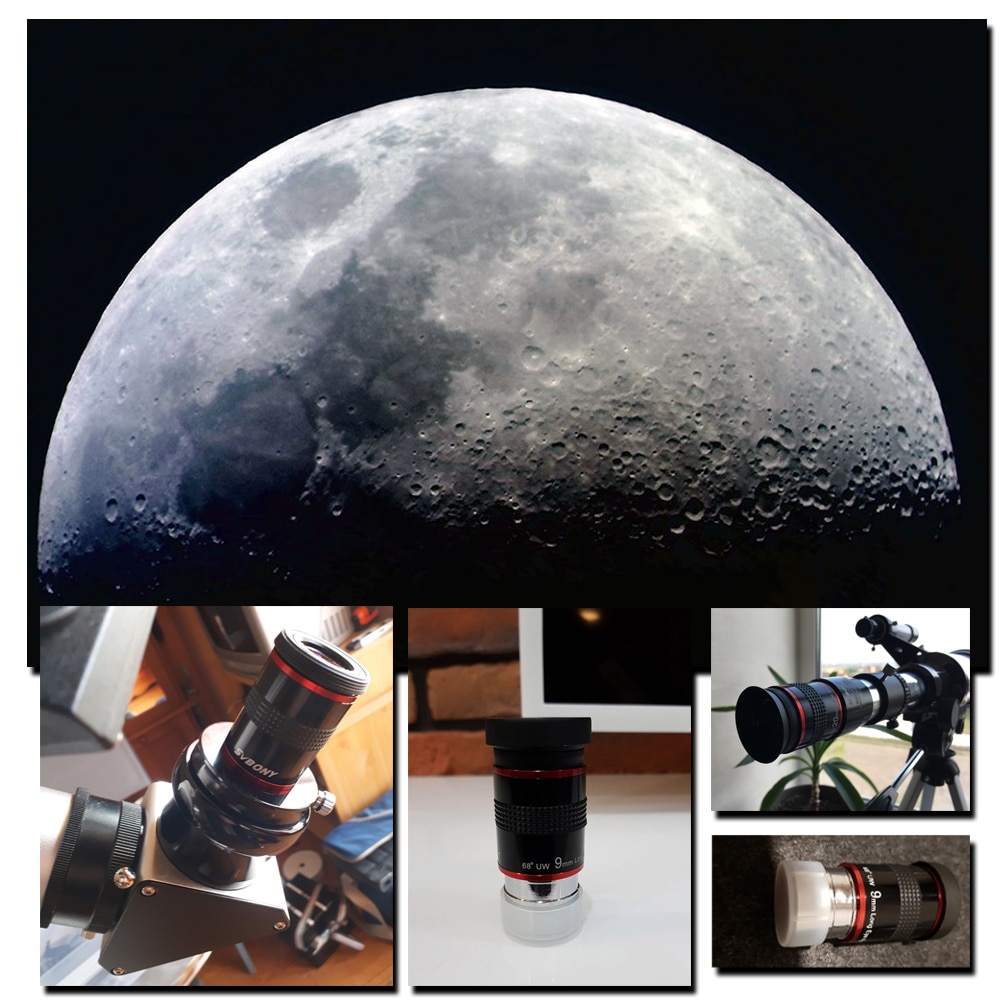 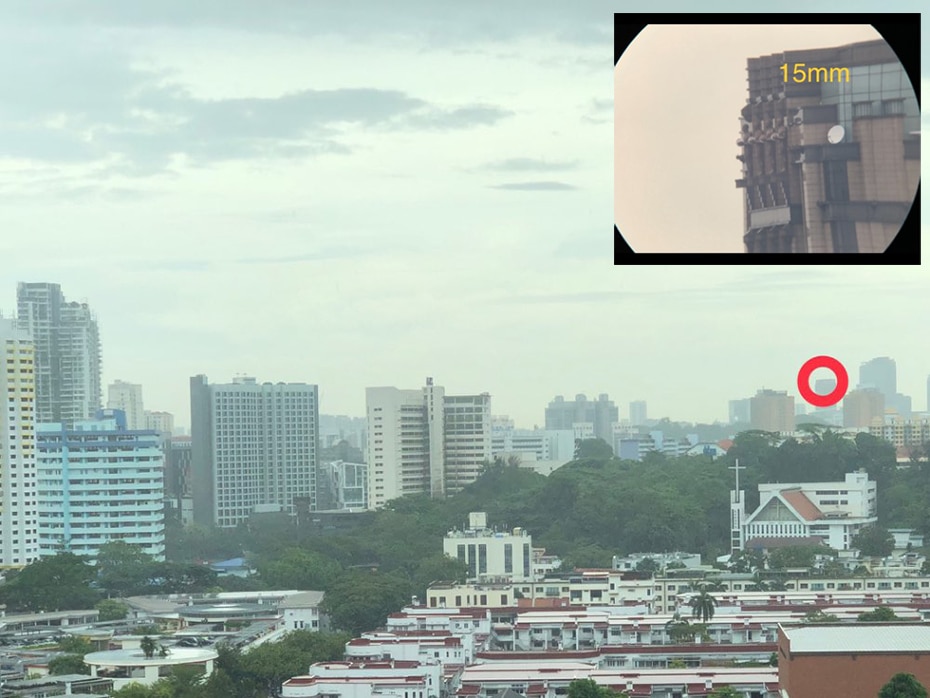 practically twin brothers: weight, dimensions, field of view — the same, focal length, focus position, carrying out of the exit pupil and the magnitude of spherical aberration in it coincide with the accuracy of the measurement error. But the eyepiece from SvBONY is less prone to glare and aberration across the field is slightly less. 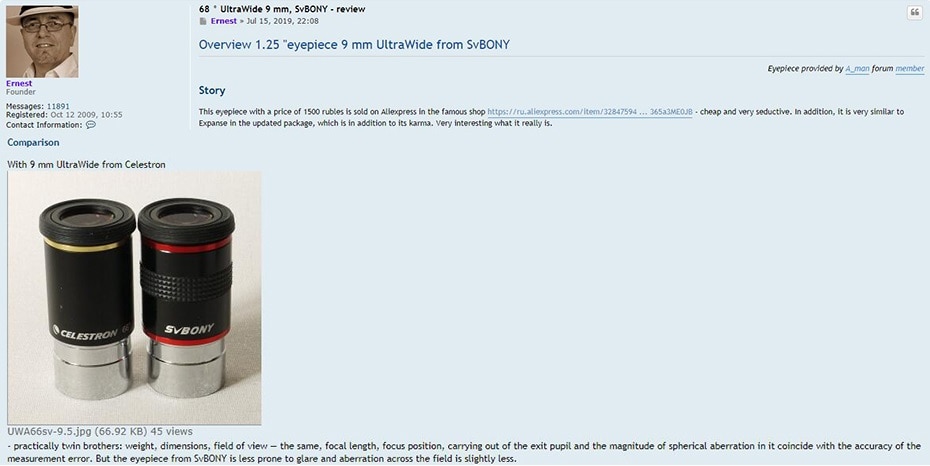 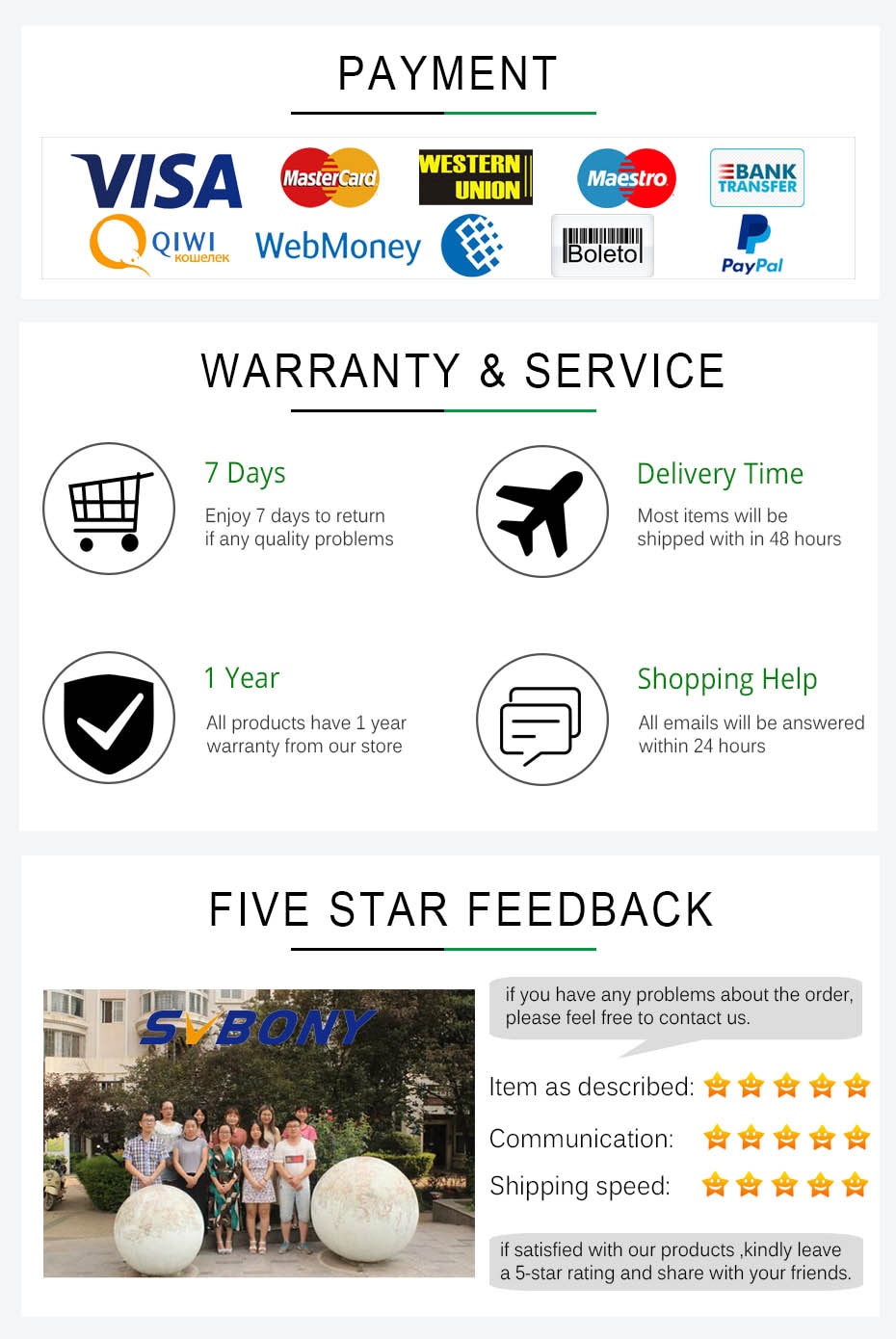 This silver coloured pocket mini monocular has a cap. The device is equipped with 3 functions such as monocular, magnifying glass and microscope. This Mini Pocket 8X20 Silver Monocular Telescope is very easy to use: to mount and dismount.

This telescope has a folding eyepiece cover and the 5X24 finder comes with a mounting bracket. With this Monocular Telescope - 13x50 SV49 High Power, the diagonal of the erect image makes it easier to locate objects. The unit is delivered with a K6 K25 eyepiece and a metal moon filter.

This Monocular telescope - Nikula 10-30x25 Zoom allows a wide view with a closer and clearer image with a 25mm high power lens. This telescope has a wide field of view with a magnification of 10x -30 times.

This device is both very modern and very informative. In its portable version, it is easy to store and transport. This Monocular Telescope- 10X40 66M/1000M Travel is ideal for a roof system telescope. You can adjust the eyepiece and objective.

Capture all the images you want to keep as a souvenir, even if the subject is far away using this monocular binocular. In fact, you can use it to capture close-up images with your phone when you are far away.

With this unit, you can hold the telescope lens cartridge in one hand, see the circular view, then change the lens to adjust the steering wheel until you see the clear view. This Monocular telescope - night vision Military HD is suitable for long-distance observation.

This Monocular Telescope - 8-24x30 High Power has an adjustable eye cup with a non-slip design. This can be easily and quickly turned up and down for optimal vision, even without glasses, thanks to a rubber armouring.

The Monocular Telescope - 25-75x70 Zoom Spotting is a great choice for those looking to get an extremely clear view of distant objects. Whether you are hitting the trail, at the range, or on the hunt, telescope will bring you spectacular detail with its powerful 25-75x zoom magnification.

This Monocular telescope - 40X60 Zoom HD is a device with the farthest visual distance can up to 9500m, it is 20 times further than other ordinary cameras. The unit is delivered with 1 telescope, 1 sTriangular holder, 1 cleaning cloth, 1 clip, 1 pouch, 1 safety rope and 1 instruction manual.

This Minimonocular Telescope - 30X25 Optical is a scale model. The device fits well in your bag because it is a portable telescope. It is equipped with green lens coating film and blue eyepiece lens coating film.

This Monocular Telescope - Military HD is waterproof, shock and dust resistant. High quality materials make this monocular telescope comfortable and durable for long term use. Enjoy a closer, clearer and brighter image with this camera.

This Monocular Telescope - 8-20x50 High Powered Zoom is equipped with an objective lens that can collect the light needed to observe in low light conditions such as dusk or dawn, and to observe the night sky. The Telescope features fully multi-coated optics to improve light transmission and optical clarity.

This Monocular Telescope - 30*25 Optical Zoom is powerful. The device allows you to appreciate different landscapes. The camera is equipped with lanyard, laynard interface, side lens and 2 eyepieces.

Monocular telescope: treat yourself to an exclusive panoramic view !

Elegant and timeless, monocular telescopes are ideal for those who like to spend their spare time observing landscapes and animals in their natural environment. With Futura Space, enjoy high quality models and contemplate nature like a true professional!

A telescope halfway between the astronomical telescope and binoculars, the monocular telescope does not offer a stereoscopic view like the latter since it is monocular, but it does, however, grant an incomparable quality of observation. The panorama viewed seems close, as if you were there!

You can thus observe many details, such as a boat sailing in the distance, an animal located several hundred meters away or impacts on a target if you practice archery. The vision can be more or less close, depending on the models.

Some models, anti-fog, waterproof and equipped with ED glass allow a high contrast and optimal light transmission, you will obtain for example a magnification up to x60, which is consequent!

Some monocular telescopes  have an angled viewfinder ideal for bird watching.

Although the scope is often portable, it is also available on a tripod and is therefore practical for long observation sessions. Whether you are passionate about ornithology, landscapes or forest animals, you will surely find the monocular telescope you need at Futura Space!

What is the difference between Astronomical telescope and Monocular ?

On first look, monoculars look like a miniature refractor telescope. Where the light enters through one end and you see the magnified image on the opposite side. But this is where the similarities end. Monoculars can be seen as a combination of an astronomical telescope and a binocular.

It has a single eyepiece like a telescope but you hold it like a binocular. They are much smaller than even the tiniest telescope in the market and needs absolutely no setup. You simply pull it out of your bag and use it straight away.

Monoculars are modified telescope which uses a series of the lens and sometimes prism to zoom distant objects. It is substantially smaller than a telescope and more compact than a binocular telescope. This simple design makes it easy to carry, some of them can even fit in the palm of your hands. That is the reason they are useful for hiking and hunting trips where you do not want to be weighed down by equipment. In addition to that, a monocular is very inexpensive and can be found as cheap as a few bucks. Simple cheap monoculars have just 2 lens but high-end monoculars come with a prism between the lens which folds up the rays to make the length of the monoculars smaller while having a higher magnification.

Generic monocular comes with zoom – in the range of 4x to 10x. Now it is possible to go for higher zoom levels but it will substantially affect the quality of the image. The field of vision will get narrower in addition to that less light will enter the scope due to its small aperture resulting in a dull image.

The higher zoom levels will also require a tripod to make the image stable. For these reasons, monoculars with higher zoom levels are avoided by professionals. An 8x zoom monocular is considered standard. Now, this is where the telescope enters the scene.

Why to choose a monocular telescope ?

Mentioned earlier, monoculars are used in run and go situation and most of them require almost no setup. Telescope, on the other hand, are bigger bulkier and require a lot of extra equipment and settings. Due to their very small field of view, a small hand movement or vibration can result in a blurry image. They always need a stable tripod. In addition to that, a telescope is made of multiple parts like eyepieces, which needs proper adjustment and calibration. A monocular is a self-contained unit, which does not have separate bits and pieces like an astronomical telescope. They come with a zoom knob which is usually present near the eyepiece and a focus adjuster which takes little to no effort to set up.

Monoculars come in various forms with a number of features. Some of the most common monoculars are listed below :

Is watching a planet possible using a monocular or you need an astronomical telescope ?

A basic monocular has the zooming power of 8x in addition to that its aperture is very small. The only celestial body you would be able to see is the moon. In that also you would not be getting a close view. Astronomical telescope has a larger aperture and greater magnification power which makes them ideal for observing planets.

Choosing between a monocular and an astronomical telescope depends on what you want to use it for and your budget. If you are looking for a portable, easy to use scope for your hiking trip and wildlife safari.

Where you pull a scope out of your pocket and take a peek, a monocular would be the right choice.

On the flip side, if you want to observe mountain tops, moon, planets, stars or anything which is really far, an astronomical telescope is the right equipment for that task.

Finally, if you are still not sure about what you want to choose, or if you are just curious to equip yourself with the best equipment to fit any situation, just take a look at our telescope collection.